Kevin Haas (born February 21th, 1987) is a college student and friend of Noah and Milo. Kevin knows German, as Noah says that Kevin translated Karl's dialogue in My Grandfather Karl. Kevin has been mentioned by Noah when talking about Victor Park; Noah had said that Kevin is the only person he would trust to go into Victor Park with him. Because Karl's journal is written in German, Noah originally had said that he would get Kevin to help translate it, whenever he obtains it.

As of "The Live Stream Incident", it has been confirmed that Kevin is the living vessel of the Observer.

From the little that has been shown of Kevin in video, it can be said that he is a very friendly person, likes Noah, possibly smokes, and wears baggy clothes.

Around December 2011, after Noah had returned following his repossession by the Observer, Noah saw Kevin for the first time since he had asked him for help in translating Karl's German. According to Noah's Formspring, Noah noticed that Kevin had grown his hair out and began wearing glasses instead of contact lenses. Noah spoke with Kevin, who asked Noah about the meaning of some cryptic messages that he found. Noah also remembered Kevin asking him about "notecards" and "compensation", and noted that he sounded nervous.

Kevin made his first on-screen appearance in "November 11th" showing notecards with the words "COMPENSATE", "INEVITABLE" and "KEVIN" to the camera. The handwriting is much like the Observer's handwriting.

Kevin later appears in "DEATHTRAPEXODUS". He is shown holding up a CD with the Severance symbol on it as he is talking to a camera, seemingly confused. He later shows up in a forest, looking very afraid and confused, before being possessed by his alter ego.

The "stranger" that helps Noah in the video "Pitfall" appears to be Kevin. This would make it his very first direct appearance on video without being possessed by the Observer. How Kevin was able to get free from the Observer's possession in such small amount of time (considering that the Observer appeared in the same video), how he transported Noah to a hospital, and whether it was really him or his alter ego remains unknown.

In the Maxwell Archive, it is revealed that Milo and Kevin were friends since childhood, meeting each other in first grade. They hung out almost all the time and Milo trusted Kevin enough to tell him about the "big man." On December 15th, 1996 Milo and Kevin decided to play with an Ouija board, Milo asked questions about his deceased father Robert and during the process Kevin got possessed by the Observer for the first time.

On November 9th, 2012, two days before "The Live Stream Incident", Noah tweets pictures of a letter he had received from the Observer that day. The letter contains writing saying "I'm so sorry Noah, They're too powerful, Kill me I'm only a tool, He can't use my body then, Kill me, Kill me, Kill me'. Noah had claimed this was the handwriting of Kevin, confirming that Kevin is the Observer's vessel. It is unknown if Kevin have some sort of way to be freed from the Observer's possession, or if he is totally controlled by his alter ego.

In a way, Kevin has appeared in every video the Observer is in, since he is him.

Kevin as the Observer in "COMECLOSER"

Kevin getting possessed by the Observer in "DEATHTRAPEXODUS" 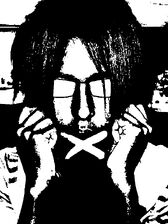 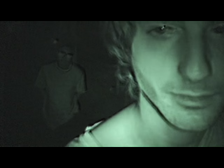 Kevin/Observer standing behind Noah in "Several Months of Hell"

Kevin/Observer standing in boardwalk in "Fortunes"

Kevin/Observer in the door on "Halloween Hotel"

Kevin/Observer after removing the glasses in "November 11th" 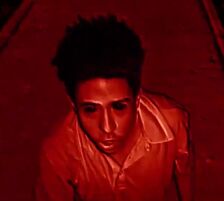 Kevin/Observer on the boardwalk in "Facade" 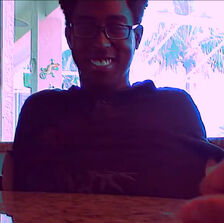 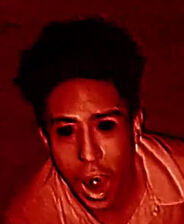 The Observer in Facade.
Community content is available under CC-BY-SA unless otherwise noted.
Advertisement