Mary Asher is Milo's mother. She is also Noah's aunt. According to Noah's mother, Mary had mental problems since she was a young child. She claimed that she could see a tall man that she called "Mr. Slim". Some time after Milo was born, she married John Fletcher. Sometime after Milo's death, Mary "disappears from the map", probably running from her new stalker under the Administrator's command, Mr. Scars. She is mentioned in Milo's Funeral, when Noah says she "didn't seem to want to talk to me at all. She was avoiding me as much as she could."

The Observer has called her both a pawn and a priority, and stated that he used to know her. In The Manifest, it was revealed that she was a member of the cult known as "The Order".  She was said to be recruited in the southern chapter by a man named Henka Visæ.

Mary Asher was found dead in the video Obituary, in a submerged car with a bullet shot to the stomach, and tape covering her eyes, confirming her identity as Cursor. In Milo's Tape, it is revealed that Milo Asher/Mr. Scars was Mary's killer. He tells her to meet him at the house, in which they proceed to argue, ending ultimately with her death by gunshot.

Mary's photo on the obituary 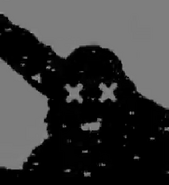 Mary/Cursor in "HAPPYBIRTHDAY"
Add a photo to this gallery
Retrieved from "https://tribetwelve.fandom.com/wiki/Mary_Asher?oldid=14400"
Community content is available under CC-BY-SA unless otherwise noted.